In recent years, Thailand has become a cultural exporter of BL-themed publications, ranging from romance fictions to films and TV dramas. The term “BL”, which stands for “boys’ love”, originates from the Japanese word “Yaoi” and depicts a homosexual romantic relationship between two boys. The growing popularity of this emerging trend has even spread to the entire world.

What has actually led to the prevalence of the Yaoi fandom across the globe? Is it just a coincidence? What makes these series go viral? In the forum, several popular Thai BL series were featured and participants could gain better insight of the recipe of Thai BL drama dominance. 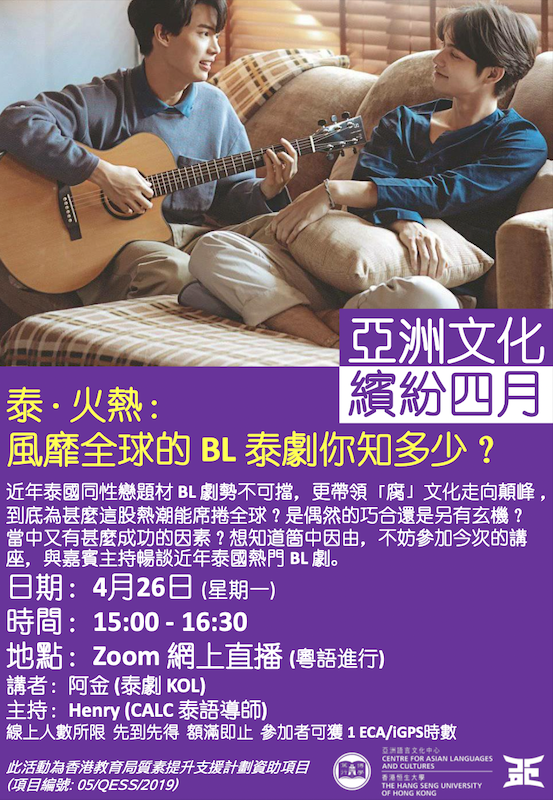