Every school has its own school song. Those rural schools that once existed before urban development are no exceptions.

School songs have been a century-long practice in Hong Kong. Each of them represents the educational philosophy and nurturing vision of the school it attaches to, and is a key component connecting all pupils and students of the same school. Between 1950s to 1970s, rural schools in Hong Kong thrived in extensive prevalence, amounting to 800 rural schools across the then territory. Later, as schools were normalised and relocated to urban areas, many of these rural schools were suspended due to low enrolment rate. These abandoned campuses eventually became the precious “collective memory” shared among people in the neighbourhood.

The Rural School Song Talk jointly held by CALC and CACHe invited Miss SZE Ka Yan, the founder of Fragrant Village, to share with us her determined effort in collecting information about rural school songs over the past few years, revealing the little secrets beyond the melodies and lyrics. 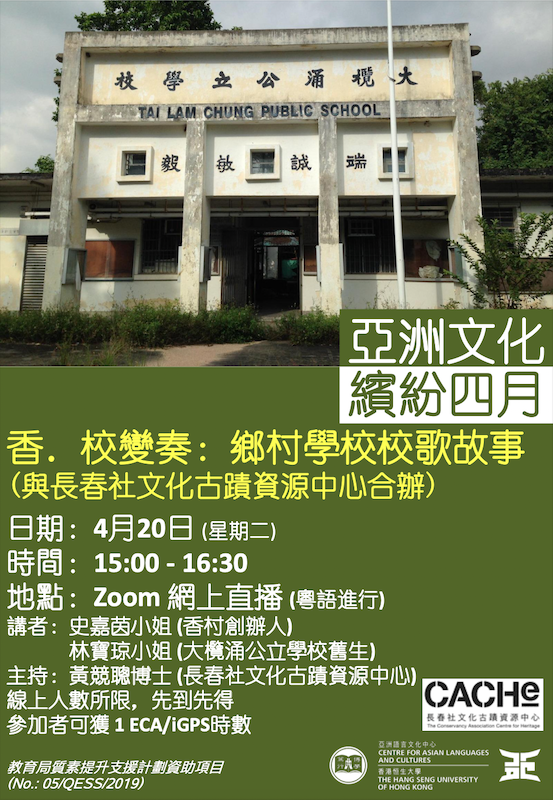