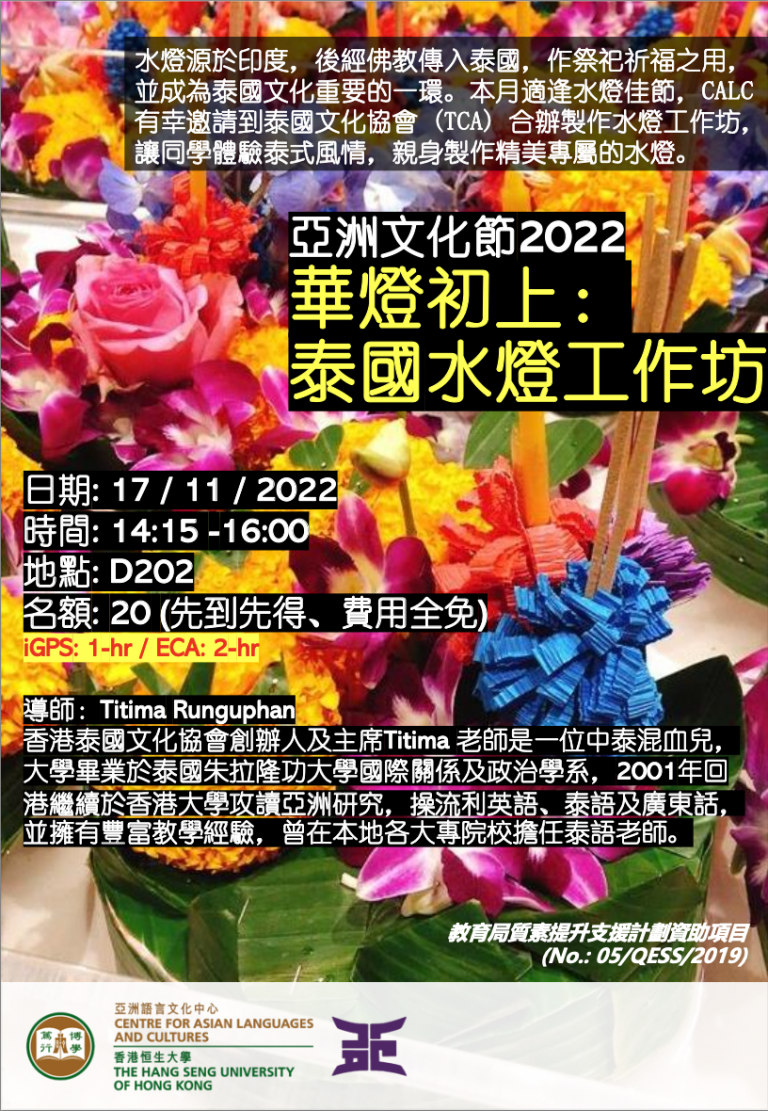 Originated from India, Krathong (a floating lantern), was introduced to Thailand as an offering in prayers through Buddhism. It has later become an important part of Thai culture – the Loy Krathong Festival, which usually falls in around November every year. The CALC is very honoured to have invited the Thai Cultural Association of Hong Kong (TCAHK) to organise a krathong making workshop for students to make an exquisite Thai-styled krathong of their own for the long-established Thai traditional festival. 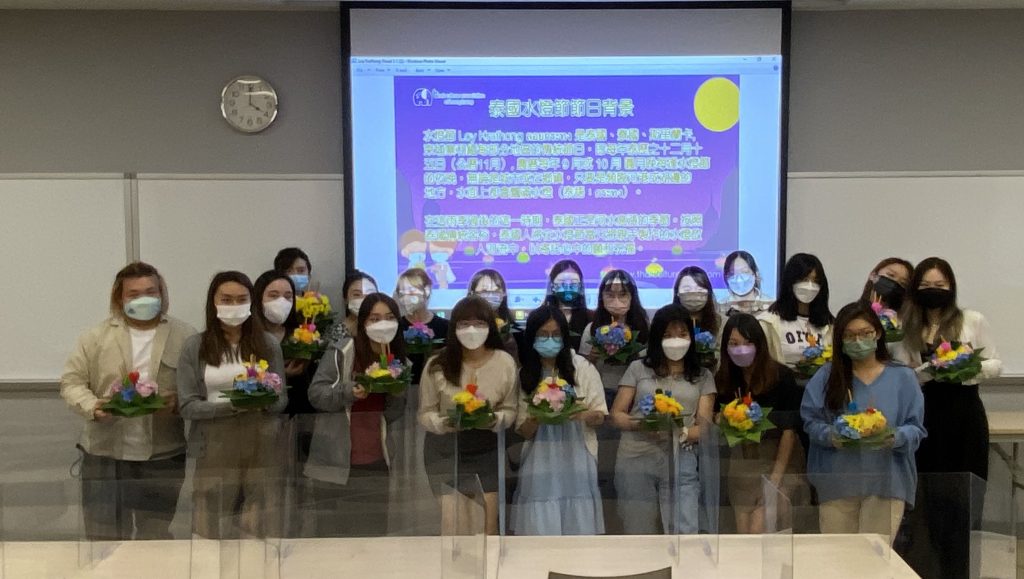